Apa khabar? In a recent Twitter poll, we found out that Malaysians have moved on from stressing about the chicken shortage to worrying about the traffic. Hurry up DBKL, we can’t afford therapy here!
Just a reminder that half a year has not passed. We can cry about that next month.
– Niresh Kaur, Shambavi Shankar 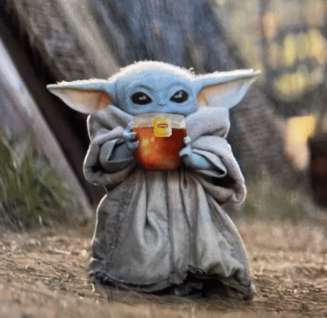 In a huge step, the Malaysian government has agreed to abolish the mandatory death penalty in the country leaving the punishments for the Courts to decide. This was following a presentation of a report made by YB Dato Sri Dr. Haji Wan Junaidi bin Tuanku Jaafar, Minister in the Prime Minister’s Department on the study of alternative sentences for the existing mandatory death sentence.

The former ruling party previously had been working on abolishing the death penalty. However, Pakatan Harapan’s government fell before the bill could be tabled.

Regardless of the government, this is a huge step forward for the country and we commend the Malaysian government’s decision.

Do Ministers have to fall for us to have better roads?

One of the founders’ tweet on the road conditions in Bangsar and Brickfields went viral over the weekend; refer to the screenshot below:

Many joked in their replies requesting the Health Minister to do a tour around Malaysia instead. While the tweet was quite amusing, the matter at hand isn’t. In our previous newsletter, lawyer Sachpreet Singh mentioned that the city council is responsible for the upkeep of the drainage system in Malaysia. What about road maintenance?

According to the Street, Drainage & Building Act 1974, it is the duty of the local authority to maintain and repair public streets. To incite a little something in you, read the section below:

Maintenance and repair of public streets

4. (1) The local authority shall, so far as the funds at its disposal will admit, cause all public streets together with the footways thereof, whether covered by arcades or not, to be maintained and repaired and may—

(a) cause the same to be paved, metalled, flagged, channelled, drained, kerbed, lighted or otherwise improved, and the surface thereof to be raised, lowered or altered as it thinks fit;

(b) make and keep in repair any footways for the use of foot passengers in any such street;

(c) place on the sides of such footways or otherwise such fences and posts as are needed for the protection of foot passengers; 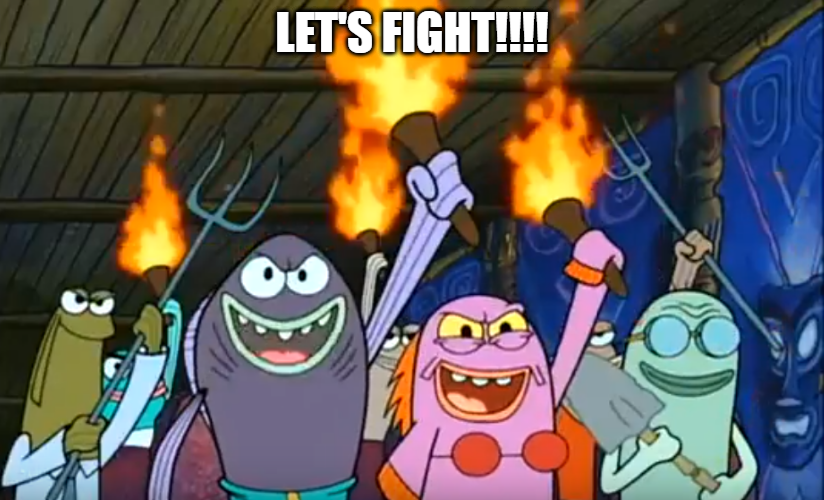 Note: This Act only applies to Peninsular Malaysia.

So, now we know who’s in charge of maintaining our roads to make our daily commute at least bearable. However, one issue at hand here is the fact that the Act mentions ‘so far as the funds at its disposal will admit’. The local authority could turn back and blame it on the funds.

We can pressure the area’s Member of Parliament to take action in instances as such. If all else fails, we still have our favourite cyclist, Khairy Jamaluddin. 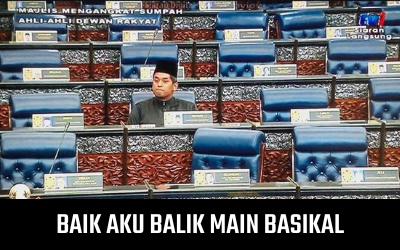 Is Datuk Seri Ismail Sabri the new Axion ambassador or is GE-15 nearing?

Mari mari kawan dengar ini cerita – the country’s election is due next year, but there has been plenty of signs that there might be an election soon (example: Ismail Sabri’s vest which states PRU15). 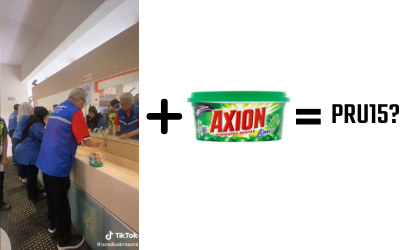 What do you need to know about the upcoming elections?

The Constitution (Amendment) Act 2019 lowers the voting age to 18 years and allows automatic registration of voters.

The Dewan Rakyat consists of 222 members of Parliament (MPs) – the candidates we vote for during elections. The party with the majority of seats is empowered to form a government.

What happens if there is no party with majority of seats? In the event of a hung Parliament, a government can be formed through a coalition or confidence and supply with the other parties (or in Malaysia, we also have a method called ‘lompat si katak lompat).

Malaysia’s past relationship with the jury trial

Last week we promised a segment about the jury trial. And we intend to keep our word.

Jury trial in simple words is a trial/legal proceeding by a group of persons (without legal knowledge) to decide whether the defendant is guilty or not. The jury decides on the facts of the case whilst the judge lays down the law principles that ultimately help the jury decide on a verdict. The bench trial is the opposite of this system which gives the judge power to solely decide on the case.

Malaysia practised trial by jury since the colonial days and the system was abolished in the year 1995 due to many contributing factors such as legally untrained jurors. The combination of complex legal technicalities and unwarranted emotions is perhaps a recipe for disaster in deciding a case.

If you think otherwise, hit the reply button and let us know your thoughts! 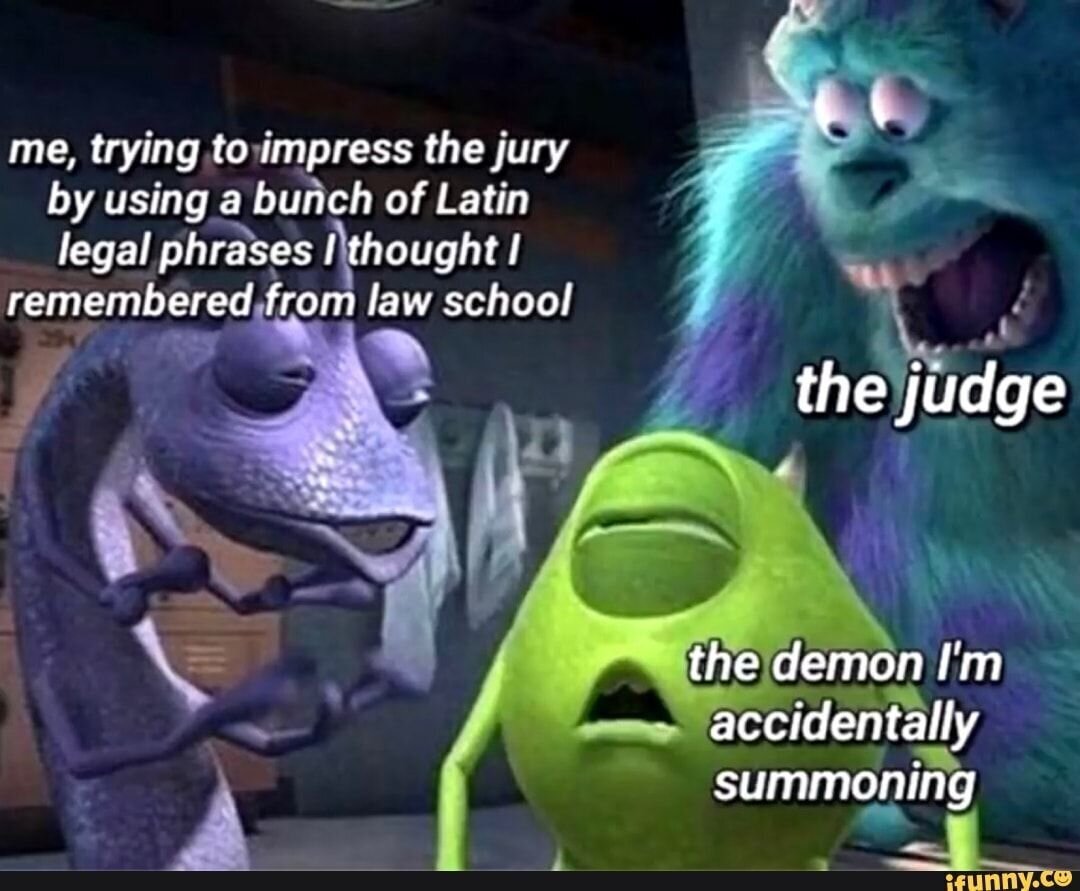 Some Latin words are able to summon demons and some are probably just meek legal maxims. Knowing the difference can save lives. Here’s one:

Nemo Debet Esse Judex In Sua Propria Causa: No one shall be a judge of his or her own case

This is a simple and crucial principle of Natural Justice which is against bias and supports the right to a fair hearing. In order to avoid unfair judgments, you cannot judge your own case. In a larger context, this would mean the authority deciding the case should be impartial to ensure judgments are without bias and prejudice.

In what instances can the Parliament NOT be dissolved by the YDPA?

A. Motion of no confidence

Last Week’s Question: Feminism, in simple words, is about providing equal rights to women in terms of social, economic, and political equality. However, there are various feminist movements with different approaches to achieving this.
Do you think that feminism today is departing from being a fight for equality?

Answer:This question certainly has no right answers but it brought upon some very interesting POVs:

“I think feminism is a vast subject and the idea of equality also promises freedom of speech which includes personal views of feminism by all including radical feminism. Opinions however radical should still be heard to achieve true feminism”

“A stereotypical narrative is that women are expected to get married and have kids. There’s also another stereotype that if you’re single, you are expected to take on more responsibilities! While we strive to please everyone, we’re constantly being discriminated, either ways. I think in the end, what matters is being truthful to yourself without needing to prove to anyone in the society and ensure you make peace with that. Be confident with who you are and celebrate all your achievements no matter how big or small they are. Constantly remind ourselves not to be caught up with the stereotypes because you matter!”

In the general sense – no, I don’t think feminism is departing from that goal. However, the feminist movement is fractured and generally represents specific interest groups, meaning there is a lack of intersectionality when discussing various issues of feminism. Additionally, the dialogue on gender and equality has begun to look at disparity beyond that experience by men and women due to the fact that there are those who do not necessarily identify as one or the other. That again, come from the lack of intersectional dialogue. However, feminism is far from being irrelevant as the opportunities and setbacks experienced by women remain high. The existence and continued need for feminism does not negate the need for other ‘rights’ movement and dialogue to continue.