From: whatsrightMY apakhabar@whatsrightmy.com
Subject: Nothing about Klang Valley traffic jam

Apa khabar? Traffic congestion in the Klang Valley is crazy and is expected to be this way till DBKL research is conducted and a miracle happens. Meanwhile, the KTMB CEO said the public should just take the train.
Here are similar solutions we didn’t think through: Glamping outside the office, WFH (sorry we didn’t get the memo Elon) or just skipping work completely.
Happy long weekend, everyone.
PS: This week’s newsletter has nothing to do with traffic. We’re just ranting.
– Shambavi Shankar

Good news for turtles, turtle lovers (in this context, not turtle-egg-eating lovers), and all efforts related to preventing the extinction of this species. Last year, Turtle Enactment 1951 (Amendment 2021) was passed and (insert drum roll here …) is enforced this month!

What does this mean? This new law bans all types of turtle eggs and the penalties include fines from RM50,000 to RM250,000. Also, the enactment requires tourist boats to install boat propeller guards to avoid the accidental killing of turtles. 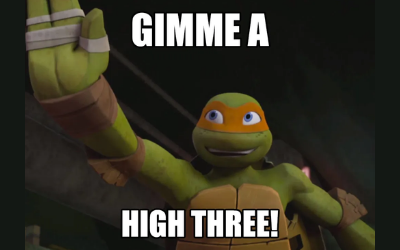 Wait, what was it like before? In Terengganu, the ban was only limited to eggs from leatherback turtle eggs and fines were lesser in comparison. Had you visited the famous Pasar Payang in Terengganu, you would have come across turtle eggs being sold openly as delicacies.

We don’t think it’s right to simply interpret what Datuk Nurulhidayah Ahmad Zahid, the daughter of UMNO president said in the controversial video with Sinar Daily – especially when you cannot make sense of it. Instead, we are just going to pick out certain words from the video, i.e. women, leader and jump straight into the topic of women as leaders. 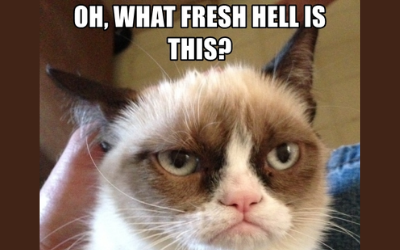 After the backlash from the video, she further explained that women can surely be a member of Parliament, a state assemblyman or even a company owner – just not a Prime Minister or Chief Minister etc. (you know – the bigger roles)

This whole episode is mind-boggling for numerous reasons but let’s just focus on the biggest promotion in the government – the appointment of a Prime Minister.

Article 43 of the Federal Constitution only states that the person who is appointed Prime Minister must be someone who is a Malaysian citizen by birth (not naturalization or by registration) The Constitution does not mention a specific race, religion or gender to become the PM.

So we can practice our rights, cuz we are all ✨humans✨

While we are on this topic, it’s also key that we discuss the Johnny Depp v Amber Heard trial – for those of you who missed out, Johnny Depp won the defamation suit against Amber Heard in a unanimous verdict.

Flirty with feminism. When discussing this case, many tend to assume that it’s an argument on men vs women. What we fail to understand is the fact that this is a mere defamation suit

Let’s first take a step back. This is a case of Johnny Depp suing Amber Heard for defamation over an op-ed she wrote for the Washington Post describing how she survived domestic violence (without explicitly mentioning her ex-husband’s name). Based on the facts presented to the juries (jury trial – preview to our next newsletter), Depp won the case.

Many online are arguing that this entirely negates the #MeToo movement – where we saw women coming forward to speak up against their sexual abusers. However, since the trial in the US started, we started seeing men coming forward to talk about the abuses they have faced in the past too. Feminism has never been a fight for one gender above the other. So this seems like a win? 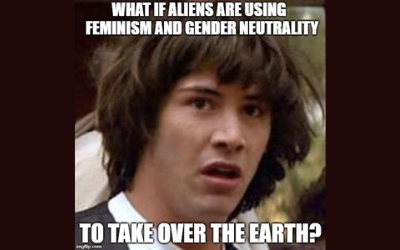 Sorry to disappoint you if you thought we’d be discussing celebrity gossip in our legal newsletter.

*We agree that this is a highly sensitive topic and if we have offended anyone, please accept our sincere apologies. We would love to hear your feedback.

Ignorantia juris non excusat: Ignorance of the law is no excuse.

This principle implies that just because a person doesn’t know the law it doesn’t mean he/she can escape the liabilities. In conclusion, you can’t use this as a defence if you breached any law.

You simply must know the law.

Feminism, in simple words, is about providing equal rights to women in terms of social, economic, and political equality. However, there are various feminist movements with different approaches to achieving this.
Do you think that feminism today is departing from being a fight for equality?

Share your answers here . Stay tuned for the answers in our next newsletter!

Last week’s Question:If your car has been affected by the floods, unless you have a special perils insurance, you will not be able to claim for repair. However, this issue has been ongoing. This year alone, Klang Valley has been affected by the rising waters at least two times. The city council has a duty to upkeep the city’s infrastructure and fix what’s broken within the town.

Question: Can you sue the city council for the above? If yes, what are your grounds to sue?

“I am of the view that if the person affected by the floods can show with clear evidence that the city council has breached its duties, i.e., has failed to ensure that the drainage system in place is adequate or that preparations were made for the floods then the city council is negligent and can be brought to court for a claim under the law of tort. The city council has a duty of care as well as a statutory duty pursuant to Sections 50-53 of the Street, Drainage and Building Act 1974.

An additional consideration is also to determine just how long did it take for the local council (as well as state authorities) to respond to the floods.
What this means is that the person affected will be able to institute a civil suit in court against the city council for all damages incurred (including the damages to his/her car).”

Sachpreet is a commercial litigation lawyer specialising in construction disputes. Since establishing Raj & Sach, Sachpreet and his partner, Rajesh Nagarajan, have diversified their practice to include criminal litigation and a wide variety of public interest litigation – some highlights include establishing Lawyers for Animal Rights, a legal pressure group with the purpose of stopping animal abuse by bringing public authorities to task in court; as well as representing the Orang Asli in seeking recognition and return of their ancestral lands.